Who we are & who works here

Built in the 19th century

Klosterhagen hotel’s main purpose is to provide work training and clarification, enabling people to return to work after struggling with physical, mental and/or social issues. We exist both for those who are interested in a future career in the hotel industry, as well as those who see the hotel as an opportunity for general work training on their way towards a career in other fields providing service. The hotel provides them with experiences and skills useful in many different fields. 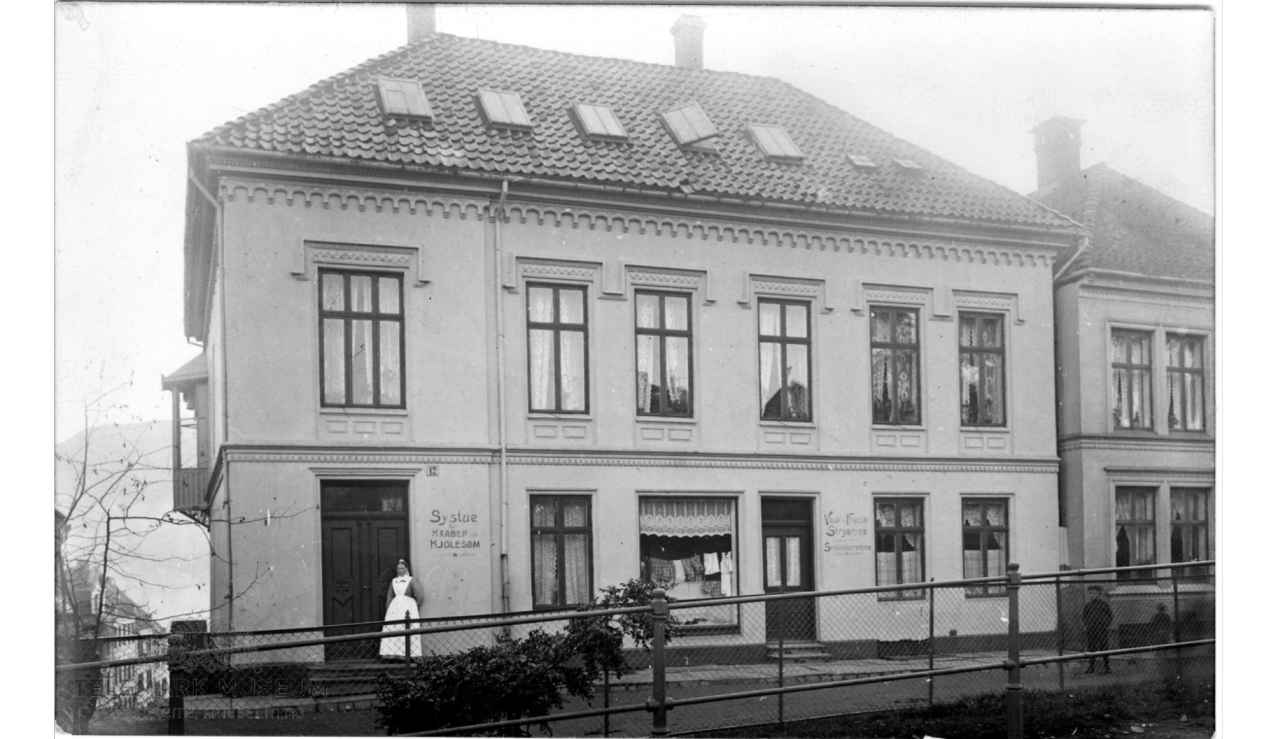 Klosterhagen Hotel is ideally located at Klosteret (the monastery) in the city centre of Bergen.

The hotel is in the neighbourhood of Nordnes and is within walking distance to all of Bergen’s main attractions, including Fløyen, Bryggen and the fish market. The combination of a central location and the quiet surroundings, makes Klosterhagen Hotel an attractive accommodation in Bergen.

Today there are no visible remains of the monastery that were once located at Klosteret. However, archaeological surveys have found remains of the monastery and some of the related buildings. The church, of which there are still brick remnants below street level, was about 35 m long and filled most of the street between the current Nordnes Community Hall and Hordaland Art Centre. The church was devoted to The Archangel Michael and was therefore also referred to as St. Michael’s Church or St. Michael’s Monastery.

The monastery at Nordnes is a historical location that most inhabitants in Bergen are familiar with. Munkeliv Monastery was founded in the Medieval times, from approx. 1110 to 1531 A.C. For approximately 420 years Munkeliv was an important part of Bergen and the daily lives of people.

It was originally Benedictine monks who were based at Munkeliv. They lived isolated lives and rarely ventured beyond the Monastery. Their main vocation was to pray for their fellow men, and they would gather for worship seven times a day. In addition to this, they also studied and copied books and texts. The Monastery also included an infirmary and a guest house. Munkeliv Monastery consisted of a small community, and it can be assumed that there were at least 30-40 monks here, in addition to novices and lay brothers who would enter the order without becoming priests. There were also servants, craftsmen and other people connected to the Monastery. The monastic garden was also part of the Monastery where they grew mainly herbs for medical use. The exact location of this garden is unknow, but it could have been about where Klosterhagen Hotel is located today. “Klosterhagen” is Norwegian for monastic garden, and the hotel is named after this part of the Monastery. There are few sources of information about Munkeliv Monastery until the end of the 13th century. By this time, the Monastery had become a central institution both in the city and the country. Munkeliv Monastery owned several farms, especially in western Norway, and this eventually resulted in Munkeliv being the richest monastery in Norway.

In the 1420s, Munkeliv Monastery transitioned from the Benedictine order to the Birgittine order. The Order of the Birgittine is named after its founder, the Holy Birgitta of Vadstena in Sweden. The new order, led by an abbess, included both monks and nuns. This would have led to major reconstructions of the monastery, as the nuns and monks would have lived completely isolated from each other. Up to 85 Birgittins lived at Munkeliv. The hundred years when the Birgittins resided at Munkeliv, is according to the written sources a period of great unrest and disturbances, mainly inflicted on the Monastery from the outside. However, these written sources also give us a great insight into the everyday lives of the residents of Munkeliv. An example is the work of the nun Birgitta Sigfusdatter who copied “Munkelivsalteret”, a prayer book from the mid-15th century, which is still well-preserved today.

Munkeliv Monastery was closed as a monastery in 1531. The buildings remained and were used as a cathedral and bishop’s estate. In 1536 the old monastery buildings burned to the ground, and the remains of the buildings were demolished shortly after. Some of the remains from the stonework from Munkeliv was used in the construction of the wall “Muralmenningen” which exists to this day. Today, only the name – “Klosteret” (the Monastery) – relates to the distinguished, pious life that took place in these streets over 400 years ago.

Many people have completed the work training offered by the hotel, and several of them have moved on to jobs or studies within various fields. 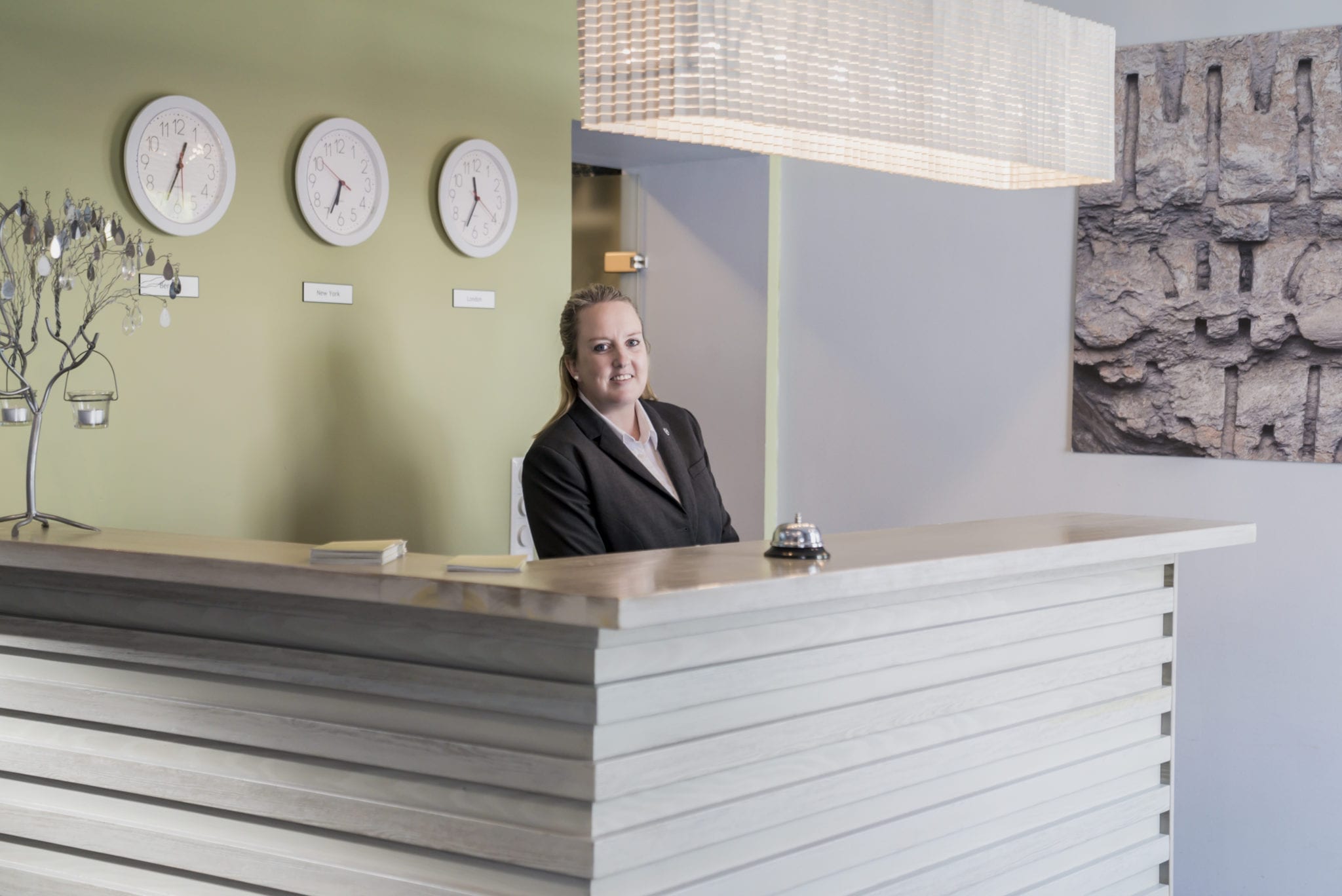 Our permanent employees work both with the daily management of the hotel and as supervisors for the participants of the work training project. Employees equivalent to about 9 full-time positions are connected to the hotel. Additionally, at least 20 people participate in work training at any given time. They are referred to the hotel by NAV (The Norwegian Labour and Welfare Administration).

We strive to create a safe environment where the participants of the work training programme can use and develop their skills and abilities. Our aim is that they will feel like they master the challenges presented to them and be proud of what they accomplish.

It is of great importance that our guests enjoy their stay at Klosterhagen Hotel. This will create the best possible environment for our participants of the work training programme.

The idea of the hotel is based on a similar project in Copenhagen, which today is run with great success. See The Vesterbro Hotel. Klosterhagen Hotell is owned by ALF as – Centre for Work Preparation. See ALF’s website

If you are interested to hear more about work training at Klosterhagen Hotell, please feel free to contact Bente Kuven Osland on tel. +47 930 23 541.

Guest services is the main focus. A typical work day consist of check-in, check-out, requests by phone and email, handling reservations, being responsible for bookings and coordination of the meeting room, etc.

The participants get an introduction to the key skills needed to work in a kitchen. This includes preparation of both hot and cold food, baking, serving breakfast, and the necessary hygiene for working in a kitchen.

The most important tasks at a hotel is the process of cleaning rooms and common areas. Here the participants are responsible for ensuring that rooms are being cleaned according to Klosterhagen Hotel’s standards, cleaning of common areas, laundry etc. The main focuses are learning the importance of efficiency, collaboration and accuracy.

Some of our partners 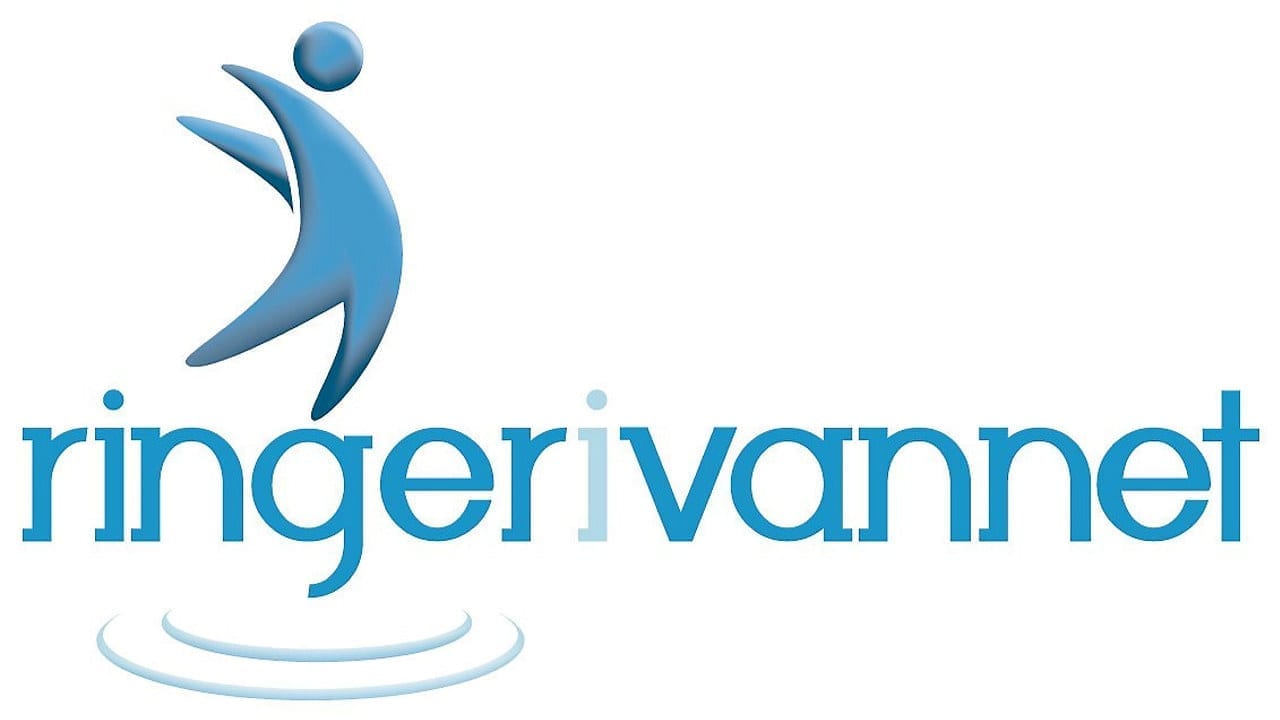 The hotel is part of the work training company ALF AS.

For more than two decades, the Centre for Labour Preparation – ALF – has been the first to provide the best solution in this field. ALF’s methods have inspired labour oriented measures across the country. We were the first company with initiatives such as Dagsverket (a day’s work), and using a hotel as a work training arena and peer-to-peer education. ALF consists of professionals with extensive experience in the rehabilitation of people who have ended up outside the work force for various reasons.